STUDY IN TURKEY FOR PAKISTANI STUDENTS If you are planning to study in one of the topmost universities in Europe and Asia. Then, Turkey is the best place for you to apply for student visa Turkey to study in Turkey. You can also discuss further about the process with finest, study in Turkey consultant in Lahore. Moreover, about Turkey geologically, the Republic of Turkey is a link among Europe and Asia. Because of its location, surrounded by the sea on three sides, Turkey has always been the center of large trade routes, of silk and spices. Today, even in the most inaccessible or isolated corners, the traces of different cultures can be easily felt and seen. Furthermore, Turkey has developed into a modern and democratic state, but at the same time, accurate measures have ensured that culture and traditions continue to live and evolve. Turkey is currently a candidate for EU membership.

This diversity is reflected in the landscape which is life support and habitat for 70 million people. The Turkish landscape includes a wide range of geographical areas. This landscape has the combined characteristics of three continents of the world: Europe, Africa and Asia. Between 2000 BC and A.D.1500, Anatolia was the center of world civilization manifested in the ruins and monuments that adorn the landscape of today. Turkey is also known for its abundance and diversity of crafts, cuisine, music, customs and traditions thanks to its rich flora, fauna and regional differentiation, as well as its imperial heritage. The state linguistic of Turkey is Turkish, an associate of the Turkic language family. Back in 1928, Ottoman Turkish, which used to speak Arabic and Persian words, was replaced by the language spoken today. But English is also widely spoken second language of Turkey. While, Turkey is a great destination for international student to study in Turkey. They experience the diversity of various cultures and experience the values of both West and East.

HISTORY OF TURKEY FOR INTERNATIONAL STUDENTS 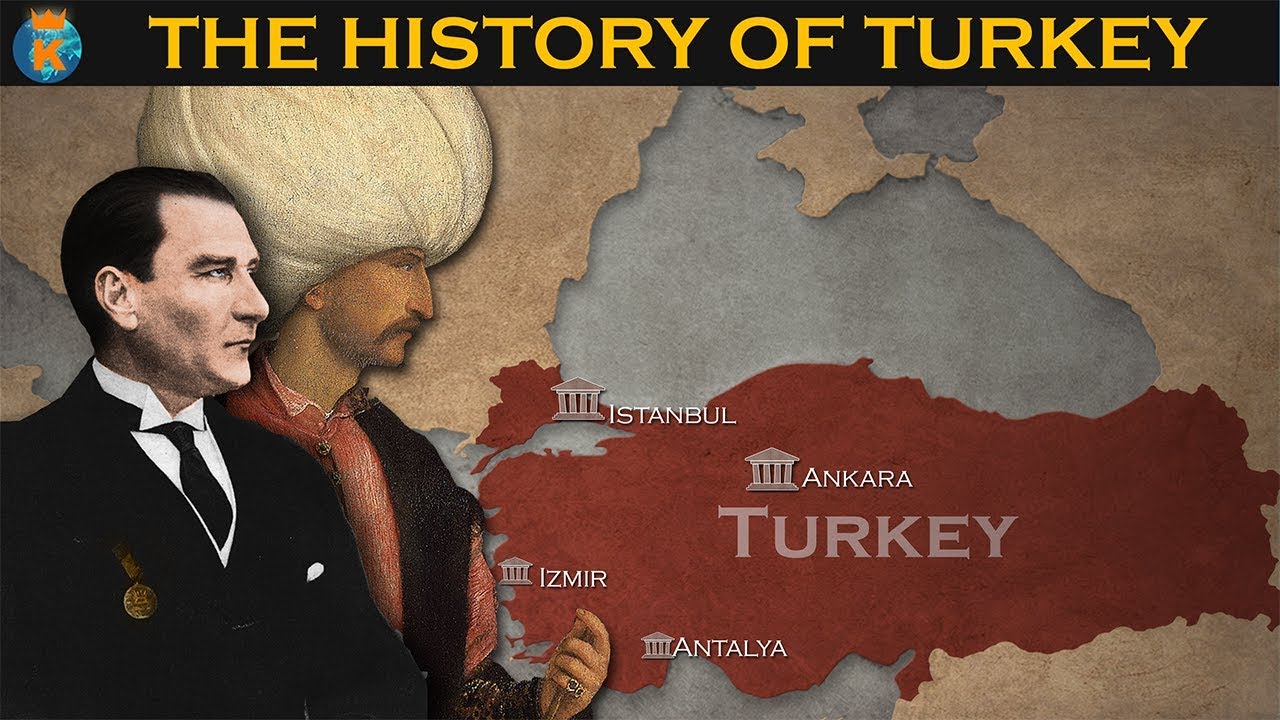 As, the history shows that the Turkey has a very interesting past and evidence has been found of the earliest forms of civilization living in the lands that are now classified as part of this country. The empires that have ruled for centuries include, but are not exclusive to, the Lici, the Romans, the Greeks and the Selcuk dynasty. All over Turkey, but particularly on the south-west coast, are historical sites related to these periods. One of the most prominent empires to rule were the Ottomans. If you go to Istanbul, visit the former house of the rulers of the Ottoman Empire, Topkapi Palace. The Ottoman sultans sided with the First World War countries and the Anatolian region. This caused the war of independence led by Mustafa Kemal Ataturk. While, the warfare was earned in 1923, so independence was declared and the Republic of Turkey was formed. Solitary, Mustafa’s initial verdicts was to move the capital, formerly Istanbul to Ankara, in the center of the country.

Moreover, the present borders of Turkey were drawn in 1923 at the Lausanne Conference and Turkey became a republic with Kemal Atatürk as its first president. The Ottoman sultanate and the caliphate were abolished and modernization, reform and industrialization began under the direction of Atatürk. It has secularized Turkish society, reducing the dominant role of Islam and replacing Arabic with the Latin alphabet for writing the Turkish language. Later, when Atatürk’s demise in 1938, the parliamentary government and a multi-party organization gradually took root in Turkey, despite periods of instability and short intervals of military rule. Neutral during most of the Second World War, Turkey, 1945, declared war on Germany and Japan, but did not take an active part in the conflict.

Turkey invaded Cyprus by sea and by air on 20 July 1974, following the failure of diplomatic efforts to resolve conflicts between Turkish and Greek Cypriots. Turkey unilaterally announced a ceasefire on August 16, after gaining control of 40% of the island. The Turkish Cypriots established their status in the north on February 13, 1975. In July 1975, after a 30-day warning, Turkey took control of all US facilities except for the common defense base of Incirlik, which it reserved for “NATO tasks” only. ” Today, Turkey is one of the developed countries.

CULTURE AND HERITAGE OF TURKEY FOR INTERNATIONAL STUDENTS

The cultures of Turkey and the region of East Asia and Central Europe have been described in many ways. The northeastern coast near the border is a close combination of Turkish and Georgian culture as seen in the Laz and Hemsin communities and the south-east generally reflects the Kurdish and Arab culture, while the west coast has been widely influenced by European traditions. However, some traditions are strong throughout Turkey and any visitor for the first time will immediately identify them if they know what to look for. Turks love to celebrate or empathize and common expressions apply to many daily or special events and occasions.

Furthermore, In Turkey, if a friend gets sick, the answer should be “Gecmis Olsun” which means to get well soon. Enter a shop and you could hear the saying “Hos Geldiniz” which means welcome. The list goes on and on, but the good news for foreigners is that the Turks are quite relaxed if they visit the country. Learning some sayings earns you great respect, but don’t sweat the little things, because for the Turks you are a welcome visitor in their country, as an international student who study in Turkey on student visa Turkey, plus they are very loving nation. They also, invite tourists and student in their homes for food. They also offer help if needed. Turks are very well welcoming state, they love to celebrate the occasions.

FOOD AND APPETITE OF TURKEY FOR INTERNATIONAL STUDENTS

The food in turkey is all about diversity. They have variety of amazing dishes for you to try. Food is an integral part of Turkish society. Every meal is a gift from Allah to be enjoyed, and not to be wasted, so Turkish women often spend hours in the kitchen, with scrupulous and intense recipes. Breakfast is the most important meal of the day and generally includes eggs, cucumbers, tomatoes and olives, but never forget the bread, either for breakfast or other meals. It is a fundamental part of Turk’s diets and sold throughout the country. Some Turks even refuse to sit for a meal without it. For international student who study in Turkey on student visa Turkey, can enjoy these delicious meals. As, Turkey have a lot of home style cafes which offer home cooked food. Not only they are good but they can save you a lot of money as well. Turkey’s national dish is Kebabs are normal meat dishes or stewed or grilled. Almost every district of Anatolia has its specialty of kebab. Lamb is the basic meat of Turkish cuisine. Pieces of lamb strung on a skewer and grilled on charcoal form the famous “Sis kebab”, now known in many countries of the world.

Do you know that, Turkey is one of the economy countries to live and study? Study in Turkey is comparing to other countries with the same level of education. It can be said that the monthly spending cuts in half. Housing costs and food are cheaper. Turkey is a great place to get your high studies, plus turkey has some of the amazing places and landscapes to enjoy. As, an international student, you can save a lot of money, as it’s pretty inexpensive compared to other Europe countries.

You can find amazing and fresh fruit and vegetables from the markets.  If you prefer eating out, then it’s low- cost as well. All depends on your lifestyle. Moreover, an average international student in Turkey will spend around USD 400-500 per month on accommodation, food, clothing, entertainment, transportation and telephone costs. Books and administrative costs are around 100-150 USD per semester.

STUDY IN TURKEY FOR INTERNATIONAL STUDENTS

Turkey is a great destination for students who want study in Turkey on student visa Turkey. Furthermore, if you wish to involvement a new culture and be close to both east and west. In addition to the ideal mix of Eastern and European influences, Turkey also has a growing academic reputation with new and old universities working to offer international students a competitive education.

While, the basic education system involves five main sectors. Free and compulsory primary education starts at the age of six and lasts five years. A considerable part of primary schools are village schools, where training in agricultural and craft activities is emphasized. Almost all eligible children are enrolled. Secondary education – with over half of eligible students enrolled – continues for another six years and includes three-year middle school and high school programs. There are a large number of technical and professional schools that can be enrolled after the completion of the middle school level. Of the more than 1,200 higher education institutions, over 60 have the status of universities. The largest are the universities of Istanbul, Ankara and Ege (Aegean, in Smyrna) and the Middle East Technical University of Ankara, the Istanbul Technical University and the Hacettepe University of Ankara.

UNIVERSITIES IN TURKEY FOR INTERNATIONAL STUDENTS

These are general requirements, PakStudyAbroad.com advise you to go to official website of university to check exact admission requirements and deadline to submit application for admission. 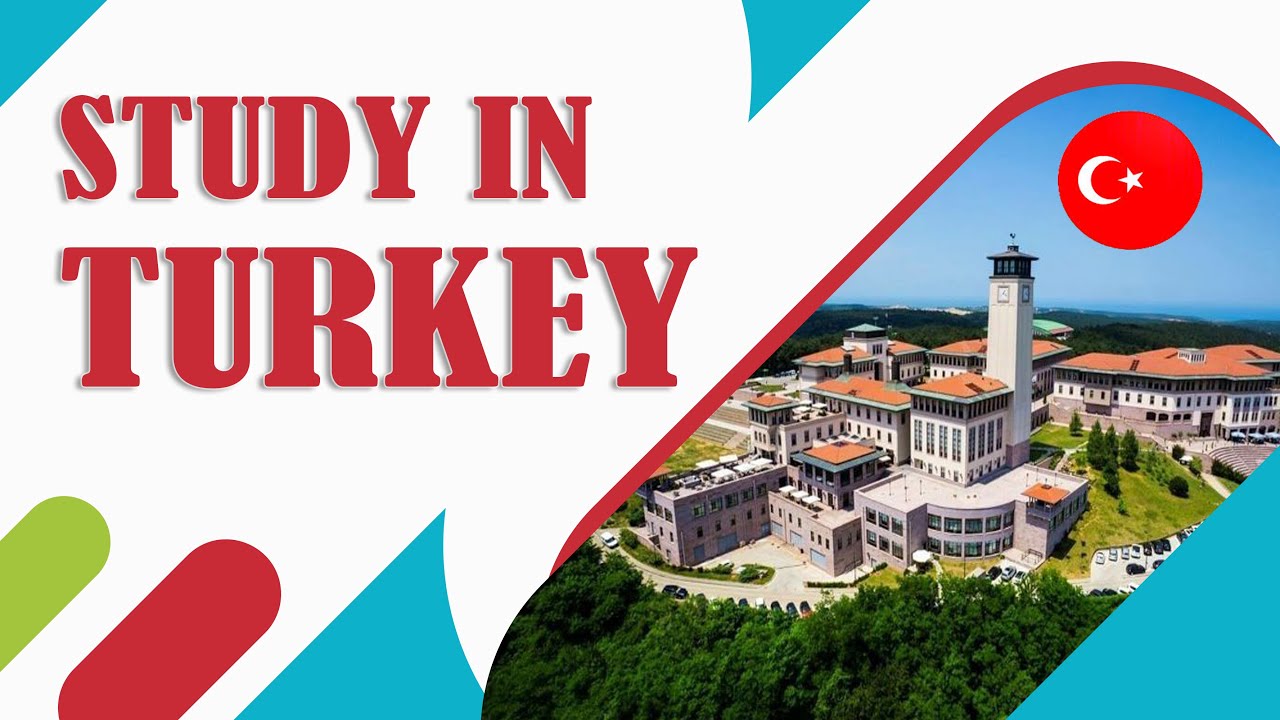 These are general requirements, PakStudyAbroad.com advise you to go to official website of university to check exact admission requirements and deadline to submit application for admission.

Fees of universities of Turkey are set by government. International students have to pay more fees than local students. Fees of higher education institutions are different from course to course. PakStudyAbroad.com is giving you information about average fees.

FEES OF STATE UNIVERSITIES IN TURKEY

FEES OF FOUNDATION UNIVERSITIES IN TURKEY

Foundation universities charge US $ 5000 to US $ 20000 for both undergraduate and postgraduate study programs.

SCHOLARSHIPS IN TURKEY FOR PAKISTANI STUDENTS

HOW TO APPLY  STUDENT VISA FOR TURKEY?

All international students must apply for a student visa Turkey, at the nearest Turkish embassy. You need to apply for a visa in person, so make an appointment for the same online. Students must complete a visa application form and send it to the Turkish embassy with the required documents. Such as, passport valid for a period longer than 90 days, with 2 passport-size photos. You need to attach letter of acceptance from the Turkish higher education institution. Moreover, health insurance impermeable and your evidence of appropriate financial means to support your study and living in Turkey.If you need further detail contact DMI Study Abroad.